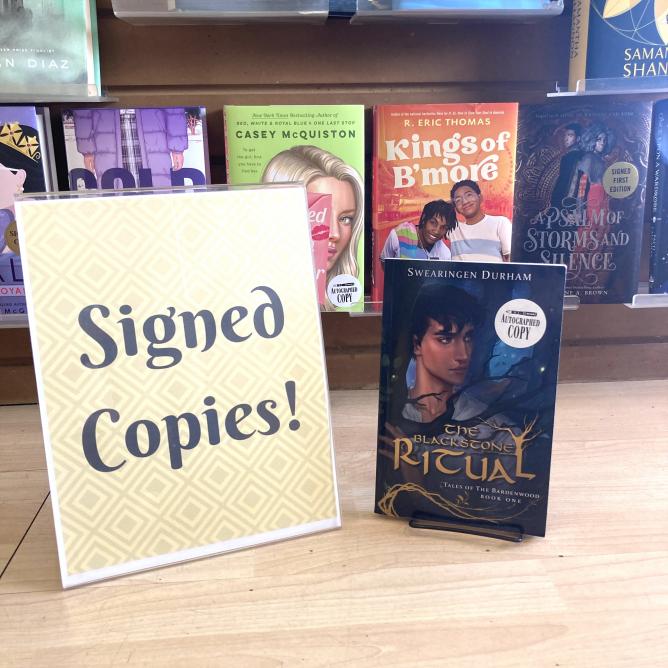 Throughout the kingdoms of Gylem, one rule stands above all others: Beware the Bardenwood!

Stableboy and town menace, Arden Ford, probably wouldn't have lived to see his teenage years if not for his grandmother, the beloved village innkeeper. Though he was considered a pest to most, he could always count on her to get him out of trouble. That was until his seventeenth birthday.

Ard always doubted the tales of witches, ghouls, and hungry spirits that lurk within the piney shroud of the Bardenwood, but he never dared to step foot past its edge. Everything changes when he finds himself summoned into the forest by a strange girl and a trail of toadstools.

Deep in the forbidden Bardenwood, whose edge sits just beyond his home, Ard learns that a world of magic exists, but only by a thread. Magic is dying. Once it does, the balance of nature will tip and mankind will follow closely behind. What's worse, the kingdoms of Gylem face a threat from within that could upheave the entire realm if the disappearance of magic doesn't accomplish it first.

To save the Bardenwood and the kingdoms of Gylem, Ard must perform a ritual and free a magical king from imprisonment. A king that, if freed, can restore the balance of nature and bring magic back to the lifeless Bardenwood. The ritual, however, requires the use of blackstone... a rare gem widely regarded as myth.

As Ard sets out on a quest to find blackstone and free the mysterious king from imprisonment, he finds the superstitious tales of the Bardenwood he heard all his life were told to him for a reason-- a reason he may discover too late.

Some trails need never be trodden.

Throughout the kingdoms of Gylem, one rule stands above all others: Beware the Bardenwood