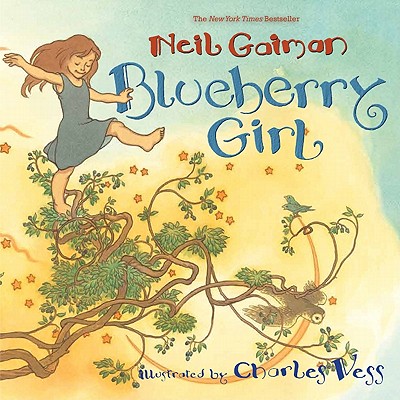 A much-loved baby grows into a young woman: brave, adventurous, and lucky. Exploring, traveling, bathed in sunshine, surrounded by the wonders of the world. What every new parent or parent-to-be dreams of for her child, what every girl dreams of for herself.

Neil Gaiman and beloved illustrator Charles Vess turn a wish for a new daughter into a book that celebrates the glory of growing up: a perfect gift for girls embarking on all the journeys of life, for their parents, and for everyone who loves them.

This beautiful picture book is a lovely graduation or baby shower gift.

Neil Gaiman is the #1 New York Times bestselling author of more than twenty books, including Norse Mythology, Neverwhere, and The Graveyard Book. Among his numerous literary awards are the Newbery and Carnegie medals, and the Hugo, Nebula, World Fantasy, and Will Eisner awards. Originally from England, he now lives in America.

Charles Vess's work has graced the pages of numerous publications and has been exhibited internationally. Some of his other books include Blueberry Girl by Neil Gaiman, a circle of cats and Seven Wild Sisters with Charles de Lint, a new edition of Peter Pan, and The Ladies of Grace Adieu with Susanna Clarke. His awards include a Mythopoeic, Ink Pot, two Chesley, two World Fantasy, and two Eisner awards.

“A magical blessing for unconventional girls. Fans of Gaiman and Vess will pounce on this creation; so too will readers who seek for their daughters affirmation that sidesteps traditional spiritual conventions.”
— Publishers Weekly

“A rich and beautiful prayer for a girl. There is nothing cute or cloying here, just beauty, balance and joy.”
— Kirkus Reviews

“An enchanting lullaby poem brought to life by magical paintings for mothers and daughters (whatever their ages).”
— Bookseller