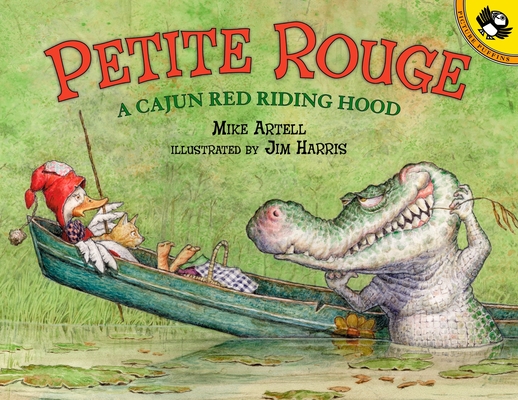 When her grand-mère comes down wit' de flu, this Cajun Little Red knows what she has to do.  With her witty cat, TeJean, she sets off in a pirogue to bring Grand-mère some gumbo.  Who should she meet upon the way, but that big ol' swamp gator, Claude!  Mean ol' Claude may want to gobble up Petite Rouge, but she and TeJean have a better idea. Before long, they have Claude running back to the bayou where he belongs!