The Fortune of the Rougons (Oxford World's Classics) (Paperback) 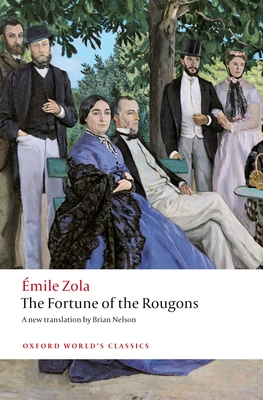 The Fortune of the Rougons is the first in Zola's famous Rougon-Macquart series of novels. In it we learn how the two branches of the family came about, and the origins of the hereditary weaknesses passed down the generations. Murder, treachery, and greed are the keynotes, and just as the
Empire was established through violence, the fortune of the Rougons is paid for in blood. Set in the fictitious Proven al town of Plassans, The Fortune of the Rougons tells the story of Silv re and Miette, two idealistic young supporters of the republican resistance to Louis-Napoleon Bonaparte's coup d' tat of December 1851. They join the woodcutters and peasants of the Var to seize
control of Plassans, and are opposed by the Bonapartist loyalists led by Silv re's uncle, Pierre Rougon. Meanwhile, the foundations of the Rougon family and its illegitimate Macquart branch are being laid in the brutal beginnings of the Imperial regime. Brian Nelson provides an engaging translation as well as a wide-ranging introduction that explains the background to the Rougon-Macquart series as well as the historical setting of the novel and its special qualities. This edition also features a chronology, bibliography, and extensive explanatory
notes. About the Series: For over 100 years Oxford World's Classics has made available the broadest spectrum of literature from around the globe. Each affordable volume reflects Oxford's commitment to scholarship, providing the most accurate text plus a wealth of other valuable features, including expert
introductions by leading authorities, voluminous notes to clarify the text, up-to-date bibliographies for further study, and much more.