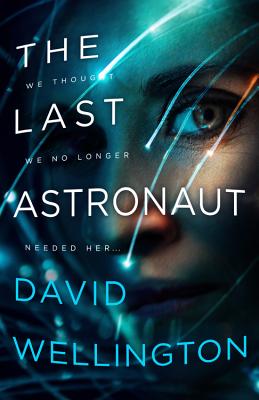 Mission Commander Sally Jansen is Earth's last astronaut--and last hope--in this gripping near-future thriller where a mission to make first contact becomes a terrifying struggle for survival in the depths of space.
Sally Jansen was NASA's leading astronaut, until a mission to Mars ended in disaster. Haunted by her failure, she lives in quiet anonymity, convinced her days in space are over.
She's wrong.
A large alien object has entered the solar system on a straight course toward Earth. It has made no attempt to communicate and is ignoring all incoming transmissions.
Out of time and out of options, NASA turns to Jansen. For all the dangers of the mission, it's the shot at redemption she always longed for.
But as the object slowly begins to reveal its secrets, one thing becomes horribly clear: the future of humanity lies in Jansen's hands.
"A terrifying tour de force." --James Rollins
"Breathless, compulsive reading." --Christopher Golden
"Readers will be riveted." --Publishers Weekly (starred)

David Wellington is an acclaimed author who has previously published over twenty novels in different genres.

"A gripping story that reveals its horrors one inexorable, plausible detail at a time. Readers will be riveted - and will want to keep all the lights on."—Publishers Weekly (starred review)

"A suspenseful, fast-paced story of first contact....A race against time to save humankind, a veteran astronaut trying to make things right, and an utterly strange and genuinely horrifying alien world to explore--this story's got everything."—Kirkus

"Timely and terrifying, The Last Astronaut propels us deep into the mysteries of space for a near-future SF/horror hybrid that's breathless, compulsive reading. This book deserves to be the one you see everyone reading on the subway or at the beach."—Christopher Golden, New York Times bestselling author of The Pandora Room and Ararat

"If Stephen King had written a haunted house story set in space, it would look very much like The Last Astronaut. Written with an uncompromising, white-knuckled pace, here is book that will leave you shaking and looking at the cold depths of space with equal parts horror and wonder."—James Rollins, #1 New York Times bestselling author of Crucible

"Wellington deftly plays with scale, from the aching intimacy of his human cast to the vastness of space and the enormity of their destination. Journey into a phantasmagorical alien landscape, where paranoia, loss, longing, and resolve interweave into endlessly shifting and always more terrifying configurations."—Caitlin Starling, author of The Luminous Dead

"This is sci-fi horror at its most terrifying-if only because the science behind it is grounded and all-too-possible."—B&N SciFi & Fantasy Blog

"The Last Astronaut bridges the worlds of science fiction and horror perfectly--Wellington melds the awe of discovery with the terror of the unknown to keep readers riveted to every page."—Fred Van Lente, New York Times bestselling author of The Con Artist