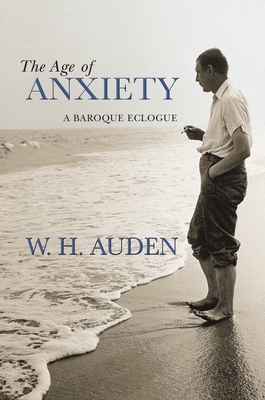 The first critical edition of a poem that named an era

When it was first published in 1947, The Age of Anxiety--W. H. Auden's last, longest, and most ambitious book-length poem--immediately struck a powerful chord, capturing the imagination of the cultural moment that it diagnosed and named. Beginning as a conversation among four strangers in a barroom on New York's Third Avenue, Auden's analysis of Western culture during the Second World War won the Pulitzer Prize and inspired a symphony by Leonard Bernstein as well as a ballet by Jerome Robbins. Yet reviews of the poem were sharply divided, and today, despite its continuing fame, it is unjustly neglected by readers. This volume--the first annotated, critical edition of the poem--introduces this important work to a new generation of readers by putting it in historical and biographical context and elucidating its difficulties. Alan Jacobs's introduction and thorough annotations help today's readers understand and appreciate the full richness of a poem that contains some of Auden's most powerful and beautiful verse, and that still deserves a central place in the canon of twentieth-century poetry.

Alan Jacobs is the Clyde S. Kilby Professor of English at Wheaton College in Illinois. His books include Original Sin: A Cultural History, The Narnian: The Life and Imagination of C. S. Lewis, and What Became of Wystan: Change and Continuity in Auden's Poetry.