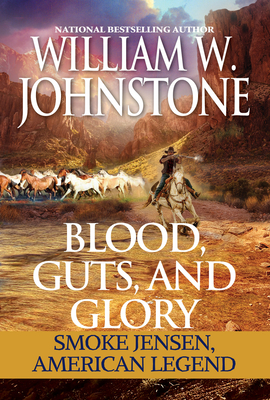 One of the greatest characters in Western fiction. Two of the wildest tales of frontier vengeance from William Johnstone's classic bestselling saga. This is how Smoke Jensen became a legend.

REVENGE OF THE MOUNTAIN MAN
They came in the dead of night like a pack of wolves. They invaded Smoke Jensen's ranch. They destroyed Smoke Jensen's dream. Then they finished the job by putting three bullets in Smoke Jensen's wife. By the time Smoke arrived on the scene, it was too late to save her. Now he lives for revenge. Ruthless, righteous, merciless revenge...

VENGEANCE OF THE MOUNTAIN MAN
With his darkest days behind him, Smoke Jensen hopes to return to a normal life. Unfortunately, he can't escape his past. A vicious young gunfighter named Sundance holds an all-consuming grudge against the mountain man. He's got backup from Mexico, bullets to spare, and bloodlust in his eyes. Tonight, the past is coming for Smoke Jensen. With a vengeance...