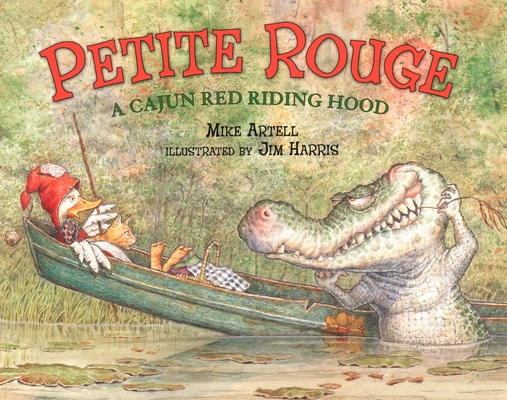 Big Bad Gator Claude will do anything to have a taste of Petite Rouge...even if it means putting on a duck bill, flippers, and frilly underwear. He presents no match for the spunky heroine and her quick-thinking cat TeJean, though, as they use some strong Cajun hot sauce to teach Claude a lesson he will never forget!

The combination of hilarious rhyme and exaggerated art creates a highly original retelling of the classic fairy tale. A pronunciation guide/glossary accompanies a tempting dialect that begs to be read aloud or acted out again and again. This is Little Red Riding Hood as she's never been seen before: Cajun and ducky.