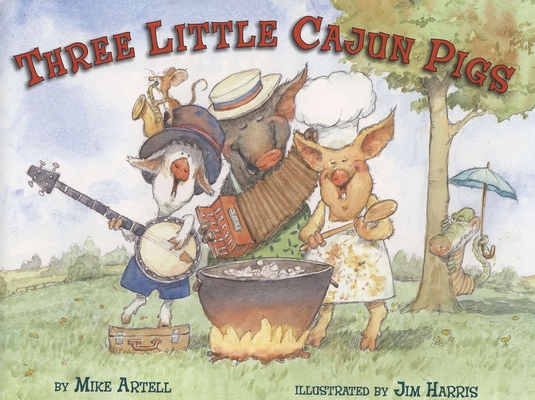 Trosclair, Thibodeaux, and Ulysse are three pigs with a whole lot to do. Their mom has just kicked them out of the house and it's time they make their own way and start constructing new homes in the heart of the swamp. When ol' Claude the gator comes sneaking along, however, the three brothers are forced to question their choice of construction materials!

This hilarious tale from the creators of the popular Petite Rouge (which School Library Journal declared "A treat from start to finish") will once again take you to the heart of the Cajun swamps and show you the Three Little Pigs like you've never seen them.

"This retelling of the traditional story is Cajun both in language and lesson. Emphasizing devotion to family and extending others the benefit of the doubt, it also conveys the very Cajun notion that there are few situations that cannot be improved with a big pot of gumbo among friends." —Kirkus Reviews