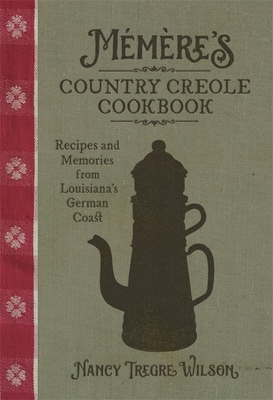 A native and longtime resident of the German Coast, Nancy Tregre Wilson focuses on foods she learned to cook in the kitchens of her great-grandmother (M m re), her Cajun French grandmother (Mam Papaul), and her own mother. Each instilled in Wilson a passion for the flavors and traditions that define this distinct Cajun Creole cuisine. Sharing family recipes as well as those collected from neighbors and friends, Wilson adds personal anecdotes and cooking tips to ensure others can enjoy the specialty dishes of this region. The book features over two hundred recipes, including dishes like crab-stuffed shrimp, pan ed meat with white gravy, red bean gumbo, and mirliton salad, as well as some of the area's staple dishes, such as butterbeans with shrimp, galettes (flattened, fried bread squares), tea cakes, and "l'il coconut pies." Wilson also offers details of traditional rituals like her family's annual November boucherie and the process for preparing foods common in early-twentieth-century Louisiana but rarely served today, such as pig tails and blood boudin. Pairing historic recipes with Wilson's memories of life on the German Coast, M m re's Country Creole Cookbook documents the culture and cuisine of an often-overlooked part of the South.