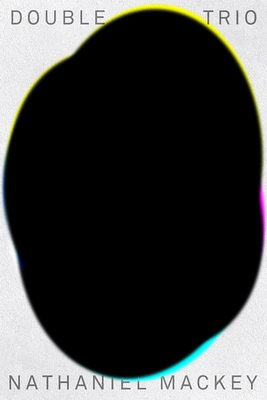 Three new books in a spectacular limited edition box carry the tradition of the long poem far into the 21st century with a “low-lit, slow-drag ebullience”

For thirty-five years American poet Nathaniel Mackey has been writing a long poem of fugitive making like no other: two elegiac, intertwined serial poems—“Song of the Andoumboulou” and “Mu”—that follow a mysterious, migrant “we” through the rhythms and currents of the world with lyrical virtuosity and impassioned expectancy. In a note to this astonishing box set of new work, Mackey writes:

“I turned sixty-five within a couple of months of beginning to write Double Trio and I was within a couple of months of turning seventy-one when I finished it.... It was a period of distress and precarity inside and outside both. During this period, a certain disposition or dispensation came upon me that I would characterize or sum up with the words all day music. It was a period during which I wanted never not to be thinking between poetry and music, poetry and the daily or the everyday, the everyday and the alter-everyday. Philosophically and technically, the work meant to be always pertaining to the relation of parts to one another and of parts to an evolving whole.”

Structured in part after the last three movements of John Coltrane’s Meditations—“Love,” “Consequence,” and “Serenity”—Double Trio stretches the explorations and improvisations of free jazz into unprecedented poetic territory.

Nathaniel Mackey was born in Miami, Florida in 1947. He is the author of several books of poetry, fiction, and criticism, and has received many awards for his work, including the National Book Award in poetry for Splay Anthem, the Stephen Henderson Award from the African American Literature and Culture Society, and the Bollingen Prize from the Beinecke Library at Yale University. Mackey is the Reynolds Price Professor of English at Duke University, and edits the literary journal Hambone.

What Mackey now calls a ‘long song that’s one and more than one’ is a tale of the tribe with a planetary scope, an expansive lyrico-epic worthy of the cultural demands of the late twentieth and early twenty-first centuries.
— Michael Leong - Boston Review

Mackey is doing what might be the most technically virtuosic rhythmo-syntactic work in the English language. No one comes close. I hope these two long poems never end.
— Mike Lala - Brooklyn Rail

Because of [their] crablike logic Mackey’s lines feel simultaneously abraded and buffed, their meanings fugitive, tremulous, mercurial. He is a lyric poet whose probing of wounds and the whir of words reaches into epic dimensions.
— John Palattella - The Nation

Nathaniel Mackey is a poet of ongoingness involved in a kind of spiritualist or cosmic pursuit.
— Edward Hirsch - The Washington Post

For decades, National Book Award-winner Mackey has devoted himself to creating a long poem that covers ambitious territory — and he begins this installment by recalling how early free jazz musicians re-invented the multi-disc record collection because they needed several albums to record their fertile improvisations; you might say that Double Trio is Mackey's multi-disc box set Double Trio is a libretto of metaphysical music and probably the most important poetry collection to come out this year.

Over the years, Mackey's two works have intertwined into what he calls 'the long song,' recounting the travels of a band of refugees, a 'philosophic posse' exiled somewhere outside of history as we understand it. The destination or substance of their wanderings—the surreal moments when they cross paths with a description of Eric Dolphy’s clarinet, an imaginary tune about Eric Garner, the view from a slaver’s ship, or a nineteen-eighties military campaign—matters less than the sensations and mystical visions they gather along the way. They are constantly starting over, discovering worlds within their worlds. Their journeys don’t tell a story so much as they map a kind of alternative history of humankind.... Mackey's poetry is like an archive of all that the world forgot, what might have been had humans resisted the desire to enslave and colonize one another.
— Hua Hsu - New Yorker

These poems are epic meditations that transform and transcend the everyday into an otherworldly, timeless space.
— Publishers Weekly

Double Trio moves in the recursive, spiraling way of an improviser juggling a theme. Insofar-I and his travelers move across a quickly shifting landscape of cities and countries, with death keeping time. All three books move in the time of Mackey’s scansion, hitting the hi-hat of that hanging syllable.

That condition of music that Walter Pater said we all aspire to has been reached by Nathaniel Mackey in his wild merging of sound and sense (both in making it and in rejecting its packaged forms).
— John Yau - Hyperallergic