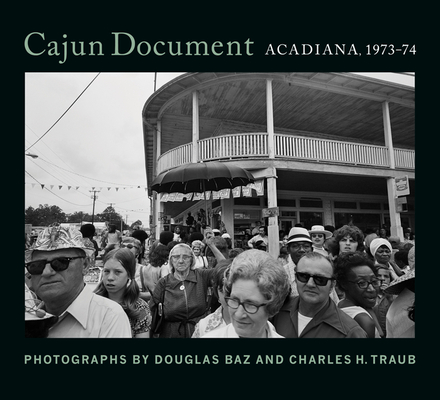 For six months in 1974, two young photographers, fresh out of art school in Chicago, traveled through Cajun country, documenting the people, festivals, material culture, and haunting landscapes of Acadiana and its coastal outposts. Never before published or exhibited as a group, the 163 black-and-white images in Cajun Document illuminate south-central Louisiana as it stood poised on the verge of enormous change.

Coastal erosion, a boom in oil and natural gas production, and worldwide interest in Cajun music and Cajun food would shortly transform the landscape, the economy, and the culture of Acadiana forever. Douglas Baz and Charles H. Traub's sensitive, insightful photographs preserve an image of Cajun country less well known and less subject to outside influences than it would ever be again.

Douglas Baz is a fine art photographer whose work is held in the Museum of Modern Art, the Smithsonian Institution, and numerous other permanent collections. A graduate of the Institute of Design, in Chicago, he founded the department of photography at Bard College in 1975. Charles H. Traub, former chair of the photography department at Columbia College Chicago, founded the MFA program in photography, video, and related media at the School of Visual Arts, New York. He has had more than sixty major exhibitions in galleries and museums throughout the world.