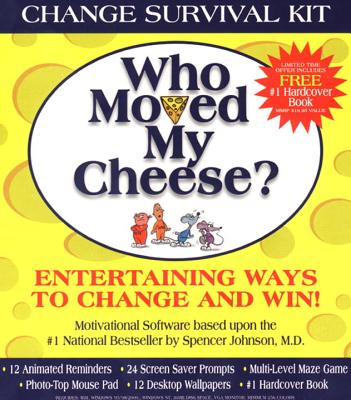 Spencer Johnson, M.D., is the originator of The One Minute Manager System and co-author of The New York Times bestsellers The One Minute Manager (r), The One Minute Sales Person, and One Minute for Myself. His other bestsellers include Who Moved My Cheese?; The Precious Present; and Yes or No: The Guide to Better Decisions.He has written more than two dozen books dealing with medicine and the behavioral sciences, and has millions of copies of his books in print in twenty-six languages, including the popular children s book series ValueTales .Dr. Johnson received a B.A. degree in psychology from the University of Southern California, an M.D. from the Royal College of Surgeons in Ireland, and medical clerkships at Harvard Medical School and the Mayo Clinic. He lives with his family in Hawaii.

Few names are as recognized in American business as Ken Blanchard s. His One Minute Manager (r) Library has sold millions of copies and been translated into more than twenty languages, and he has written or co-authored a number of other popular books as well. Ken is a captivating and sought-after speaker and business consultant, who has shared his unique approach with a multitude of Fortune 500 companies. Ken has received many awards in management and leadership. He has won the National Speakers Association s highest honor, the Council of Peers Award for Excellence, and the Golden Gavel from Toastmasters International, and was inducted into the HRD Hall of Fame."