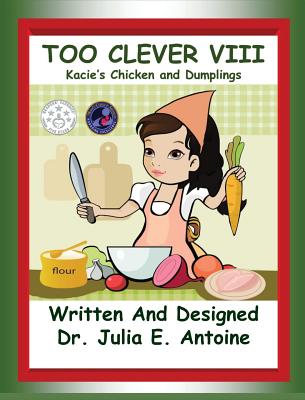 Ten, almost eleven, year old Kacie went on a no dinner strike when her parents refused to prepare her favorite meal, Chicken and Dumplings. She had tried tears, tantrums, being a goody two-shoes, but nothing worked. So now, she has resorted to this dinner strike. After two days on the strike, she would have given up already had it not been for the time she spends on the telephone with her best friend, Holly. Holly gave her encouragement which kept her going. She didn't know what she would have done without Holly. She shared everything with her. They were inseparable, that is until a new boy, Paul, moved into the neighborhood and began attending their school. Now Holly had no time for her, she was more interested in talking with Paul. Unfortunately, Paul was interested in talking with Kacie, what a dilemma. All Kacie wanted was to have chicken and dumplings for dinner and have her best friend back. Why do things have to be so difficult? In this eighth installment in the Too-Clever series, young readers will once again relate to Kacie's growing pains as she copes with everything, from learning to make do, to almost losing her best friend to secret crushes.