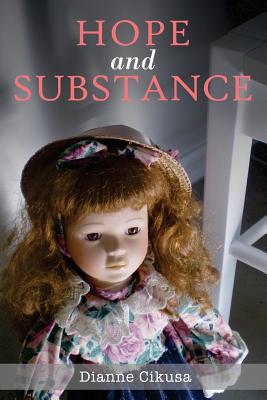 Injecting subtle ironies and caustic comments on human attitudes and biases, the author paints from a palette of virtues and vices, depicting consumerism and urban sprawl, self-imprisonment, racial opinion and suburban temper, animal abuse and environmental ethics, human corruption and redemption, ambivalence, power struggles, psychic sojourns, even an encroaching apocalypse... Employing a creative use of punctuation along with vibrant and original wordplay, the author manipulates images and symbols to produce an artistic work that is rich in metaphor and multi-layered meaning. In this verbal art space, epic-length poems combine with several shorter sequences to produce an engaging and varied collection of poetry. Rather than skimming the surface of life, the author dares us to look deeper at what is there, promoting self-awareness as a desirable attribute. It is through atmospheres of chaos and adversity, folly and grief - that the work delves coarsely, if not abruptly, into aspects of the human condition, a lack of ethics or scruples and the spiritual degradation of society. Much of the poetry is stripped of politeness, exposing raw edges and a harsh confrontation with aspects of the self and with the world - as emotional frailties are examined and human behaviours are dissected or compartmentalised. It is here that characters become lost and found again, reaching quietly and instinctively towards a unique path of self-realisation where the end of one personal journey is also an invitation to begin another. This illustrated book is at once figurative and literal. It is both the disguised and the unvarnished game of our human existence as well as a contemporary exploration of our global soul.

Dianne Cikusa is an Australian writer and poet. In 1994, she graduated from the University of Wollongong with a Bachelor of Commerce and also later completed there a Graduate Diploma in Arts (2010). Following a strong interest in modern languages, she further obtained a Diploma of Language Studies from the University of Sydney in 2014, majoring in French. Dianne's work has been published in a number of online journals, poetry zines, anthologies and print magazines, both in Australia and overseas. One of her short poems appeared as digital media in the Melbourne 2010 Overload Poetry Festival. Having worked in various fields of employment, she combines her life experiences with an ongoing passion for foreign languages as well as for reading poetry and philosophy, into her own unique and original styles of writing.