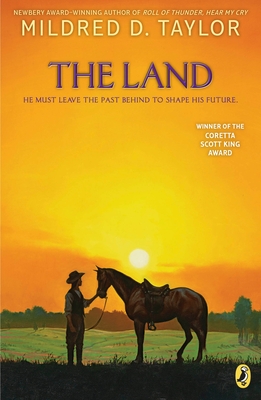 The son of a prosperous landowner and a former slave, Paul-Edward Logan is unlike any other boy he knows. His white father has acknowledged him and raised him openly-something unusual in post-Civil War Georgia. But as he grows into a man he learns that life for someone like him is not easy. Black people distrust him because he looks white. White people discriminate against him when they learn of his black heritage. Even within his own family he faces betrayal and degradation. So at the age of fourteen, he sets out toward the only dream he has ever had: to find land every bit as good as his father's, and make it his own. Once again inspired by her own history, Ms. Taylor brings truth and power to the newest addition to the award-winning Logan family stories.


* "Readers...will grab this and be astonished by its powerful story."—Booklist, starred review

* "Taylor's gift for combining history and storytelling is as evident here as in her other stories about the Logan family."—Publishers Weekly, starred review

Mildred D. Taylor is the author of nine novels including The Road to Memphis, Let the Circle Be Unbroken, The Land, The Well, and Roll of Thunder, Hear My Cry. Her books have won numerous awards, among them a Newbery Medal (for Roll of Thunder, Hear My Cry), four Coretta Scott King Awards, and a Boston Globe-Horn Book Award. Her book The Land was awarded the L.A. Times Book Prize and the PEN Award for Children's Literature. In 2003, Ms. Taylor was named the First Laureate of the NSK Neustadt Prize for Children's Literature. Ms. Taylor now devotes her time to her family, writing, and what she terms "the family ranch" in the foothills of the Rocky Mountains.


Kadir Nelson (www.kadirnelson.com) is a two-time Caldecott Honor Award recipient. He has received an NAACP Image Award, a CASEY Award, the 2009 and 2014 Coretta Scott King Author Award, and the 2009 Robert F. Sibert Informational Book Award. Among Mr. Nelson's other awards are gold and silver medals from the Society of Illustrators. His work has appeared in The New York Times, Sports Illustrated, and The New Yorker. He lives in Los Angeles.

* "Readers...will grab this and be astonished by its powerful story."—Booklist, starred review

*"Taylor's gift for combining history and storytelling is as evident here as in her other stories about the Logan family."—Publishers Weekly, starred review

* "Taylor boldly explores the throniest themes of interracial relations with honesty, insight, and sensitivity to the pain that is slavery's legacy."—BCCB, starred review

"A powerful coming-of-age story of a bewildered boy becoming a man beholden to no one."—The Horn Book

"This historical novel brings this period of American history to life."—School Library Journal

"The Land is a wonderful novel, telling a family story that will move and enrich its readers. Readers will come away with a deeper understanding of what life in the South was like for African-Americans struggling to make their way in a society grounded upon prejudice."—Children's Literature

"Taylor uses stories from her own family's past to create a fascinating and honest look at life's struggles and joys for many African American families after the Civil War. Although this book will be a welcome addition to many middle and junior high school libraries, the fascinating, free-flowing tale will be received warmly by readers of all ages."—VOYA