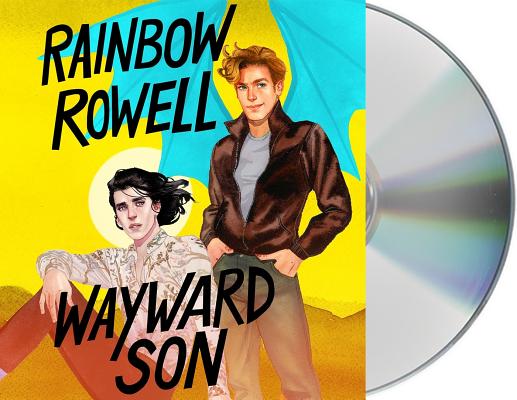 This is book number 2 in the Simon Snow Trilogy series.

**One of AudioFile Magazine's Best Audiobooks of 2019**

"[Euan] Morton brings distinct voices and emotions to every character...Listeners will be hard-pressed to believe they aren't listening to a full-cast production." — AudioFile, Earphones Award Winner

THE HOTLY ANTICIPATED SEQUEL
TO THE NO. 1 BESTSELLER CARRY ON

Simon Snow is back and he's coming to America!

The story is supposed to be over.

Simon Snow did everything he was supposed to do. He beat the villain. He won the war. He even fell in love. Now comes the good part, right? Now comes the happily ever after…

So why can’t Simon Snow get off the couch?

What he needs, according to his best friend, is a change of scenery. He just needs to see himself in a new light…

That’s how Simon and Penny and Baz end up in a vintage convertible, tearing across the American West. They find trouble, of course. (Dragons, vampires, skunk-headed things with shotguns.) And they get lost. They get so lost, they start to wonder whether they ever knew where they were headed in the first place…

Come on, Simon Snow. Your hero’s journey might be over – but your life has just begun.

RAINBOW ROWELL lives in Omaha, Nebraska, with her family. She's the author of the Simon Snow Trilogy (Carry On, Wayward Son, Any Way the Wind Blows), Landline, Fangirl, Eleanor & Park, and Attachments.