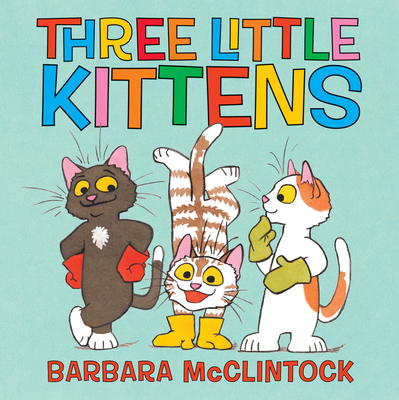 Make way for the three little kittens who lost their mittens -- as you've never seen them before!
"McClintock's feline portraits pack plenty of personality.... A sprightly and charming modern take on a traditional rhyme." -- Kirkus Reviews

Barbara McClintock, a master of visual storytelling, presents this classic favorite in a comic-book style that encourages full reader participation. And her original twist to the ending is a warm embrace of kindness and empathy to strangers.

Barbara McClintock has written and/or illustrated over 40 distinguished books for children. Emma and Julia Love Ballet which she wrote and illustrated, received three starred reviews, and My Grandfather's Coat, retold by Jim Aylesworth, also received three starred reviews and was named a Sydney Taylor Honor Book. Her books have five times been named New York Times Best Illustrated Children's Books. She has received a Boston Globe-Horn Book Honor, as well as a myriad of other awards and honors. Barbara lives in Connecticut with her family and their four very graceful cats.