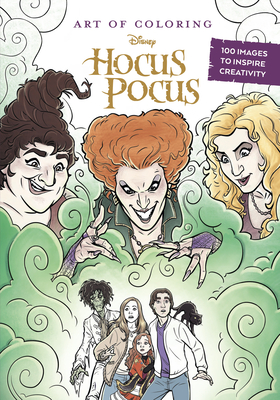 Filled with witchy, spellbinding imagery from the beloved film Hocus Pocus, this entry into the popular Art of Coloring series is the perfect adult coloring book for Halloween and all year round.

Nothing captures the mischief and mayhem of Halloween quite like the hit film Hocus Pocus and its iconic trio of witches, the Sanderson sisters. Create some magic of your own by coloring your way through hundreds of spellbinding images inspired by the movie, from character portraits to patterns, and beyond! These pages are sure to put a spell on you as you recreate beloved moments from this holiday classic.

Devin Taylor is a multi-discipline illustrator and writer working on comics and children’s books, as well as development art, storyboards, character design and production artwork for animated series and video games.