Down in New Orleans (Mass Market) 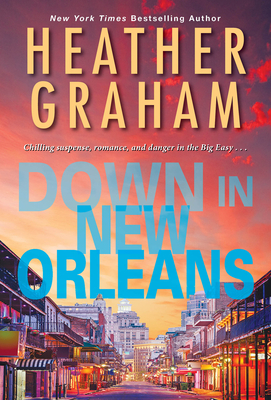 To complicate matters, there’s the magnetic lieutenant determined to bring Jon to justice. Ann can’t seem to throw him off her trail—or out of her dreams. But despite that troubling distraction, Ann has bigger concerns. Soon, she’s not only embroiled in a fight for Jon’s freedom, but for her own life...

New York Times and USA Today bestselling author Heather Graham has written over two hundred novels and novellas and is a founding member of the Florida Romance Writers chapter of RWA. She has been published in approximately thirty languages, and has been honored with awards from Georgia Romance Writers, Affaire de Coeur, RT Book Reviews, and more. She has had books selected for the Doubleday Book Club and the Literary Guild, and has been quoted, interviewed, or featured in such publications as The Nation, Redbook, People, and USA Today, and appeared on many newscasts including local television and Entertainment Tonight.