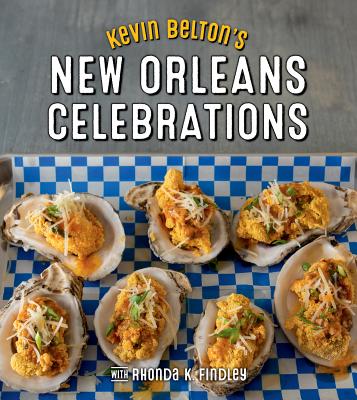 Celebrate like they do in The Big Easy with Chef Kevin Belton's newest cookbook.

The spotlight in this third book from the star of New Orleans Cooking with Kevin Belton is on the festivals and celebrations of the Big Easy and surrounding areas. New Orleans is known as the Festival Capital of the World, hosting dozens of annual festivals that showcase the unique food and multicultural heritage of the city.

A nationally and internationally recognized chef and educator as well as the star of PBS/WYES's New Orleans Cooking with Kevin Belton, and now Kevin Belton's New Orleans Kitchen, Belton is known for his expertise in creating New Orleans cuisine and sharing the culture and culinary heritage of the greatest city in the world. He resides in New Orleans.