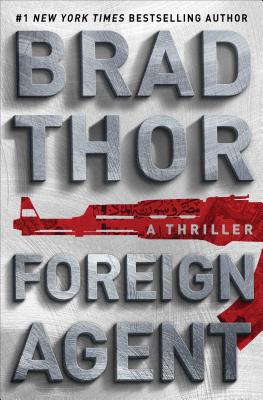 This is book number 16 in the The Scot Harvath Series series.

“The best thriller of the year...an exciting and entertaining read.” —The Washington Times

Terrorism in Europe has spun out of control. The United States has decided on a dramatic response. Now, the CIA needs a very special kind of operative.

Scot Harvath has exactly the skills the CIA is looking for. He’s a former U.S. Navy SEAL with extensive experience in espionage. Working for a private intelligence company, he will provide the CIA, and more important, the President, with absolute deniability.

But deep within the Russian Caucasus, Moscow also has its own special kind of operative. As a child, Sacha Baseyev endured an unimaginable horror. Today, he lives and breathes for only one reason—to kill. And he will kill as many Americans as it takes to accomplish his mission.

When a clandestine American operations team is ambushed near Syria, all signs point toward a dangerous informant in Brussels. But as Harvath searches for the man, he uncovers another actor—a rogue player hell-bent on forcing America’s hand and drawing it into a confrontation deadlier than anyone could have imagined.

As the attacks mount, and terror is brought to the very doorstep of the White House, Harvath finds himself in the race of his life. From Vienna, Brussels, and Berlin, to Malta, Jordan, and Syria—he will push himself beyond the edge in order to confront one of the greatest evils the world has ever known.

Filled with action, intrigue, and edge-of-your-seat suspense, Foreign Agent is a nonstop thrill ride that reaffirms Thor’s position as the “master of thrillers.”

"The best thriller of the year...an exciting and entertaining read."
— The Washington Times

"Rocks from page one … I didn’t put it down until the last page. If you are a fan of Brad Thor, this book is one not to miss.”
— Men Reading Books

"Foreign Agent is without a doubt the best thing hitting bookstores this summer. Buy it and move it straight to the top of your to-read list, it’s that good.”
— The Real Book Spy

“An adrenaline ride through labyrinthine worlds of espionage and international intrigue.”
— Townhall

"One of those books you end up staying awake until 2 AM reading.”
— Brit + Co

"Make sure you clear your calendar before you start… it’s impossible to put down.”
— The Daily Caller

"Thor’s most complex and ambitious entry in the series yet, ushering him onto the hallowed ground of literary thriller master John le Carré... A classical hybrid that combines the traditions of both Alistair MacLean and Frederick Forsyth."