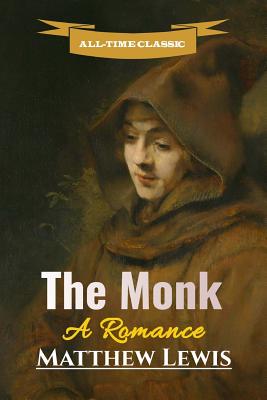 Classics for Your Collection: goo.gl/U80LCr --------- Calling all Gothic Novel fans: you have to read The Monk - this is the Texas Chainsaw Massacre of Gothic novels which will "unjade" the most jaded. Ambrosio, the abbot, is the perfect monk, head of an abbey in Madrid, and the idol of the city, a young, handsome, charismatic man, with a spellbinding voice, that thrills the congregation at his church. All the people flock to it, to hear his sermons, five minutes after the bells ring, the church is overflowing, and the noble families are there, silently the assembly listens, a living saint, they witness, the proud people are ecstatic, in this modern age (the 1700's), God has sent them Ambrosio The Capuchin Friar (an order of independent Franciscans), the Monk, is not what he appears to be, everything, a mirage, the orphan, found at the door of the abbey, as an infant, raised in the monastery, never leaving its grounds, nobody knows where the child came from... Now evil thoughts permeates his curious mind, lust and debauchery, after thirty dull years, the Monk, wants to have some fun, the deadly boredom must end soon, risk his reputation, if only the abbot had a chance... The vile protagonist degrades himself on every level. He gets "seduced" by his trusty novice sidekick Rosario, who turns out to be a woman named Matilda (and how's a man supposed to resist a PRETTY woman), but really his capacity for sin was there from the start, it was only, truly, a matter of time before he fell and in his vanity and stupidity forgot how to get back up. So the first sin is committed by sleeping with a dying Matilda Of course, because she's a woman, and not a helpless simpleton, she doesn't die. Instead of shunning him and leaving the monastery to seek greener pastures she offers to help him seduce his new target, the pious, innocent Antonia.

Matthew Gregory Lewis was the firstborn child of Matthew and Frances Maria Sewell Lewis. His father, Matthew Lewis was the son of William Lewis and Jane Gregory. He was born in Jamaica in 1750. He attended Westminster School before proceeding to Christ Church, Oxford where he received his bachelor's degree in 1769 and his master's in 1772. That same year, he was appointed as the Chief Clerk in the War Office. His father Lewis married Frances Maria Sewell, a young woman who was very popular at court. She was the third daughter born to Sir Thomas Sewell and was one of eight children born in his first marriage. Matthew Gregory Lewis began his education at a preparatory school under Reverend Dr. John Fountain, Dean of York at Maryleborne Seminary, a friend of both the Lewis and Sewell families. Here, Lewis learned Latin, Greek, French, writing, arithmetic, drawing, dancing, and fencing. Intended for a diplomatic career like his father, Matthew Gregory Lewis spent most of his school vacations abroad to prepare for his future career as well as to study modern languages. His travels sent him to London, Chatham, Scotland, and the continent at least twice, including Paris in 1791 and Weimar, Germany from 1792 to 1793. During these travels abroad, Lewis enjoyed spending time in society, a personality trait which he maintained throughout his life. It was at this time that he began translating pre-existing works and writing his own plays.