Murder on the Teche: A True Story of Money and a Flawed Investigation (Paperback) 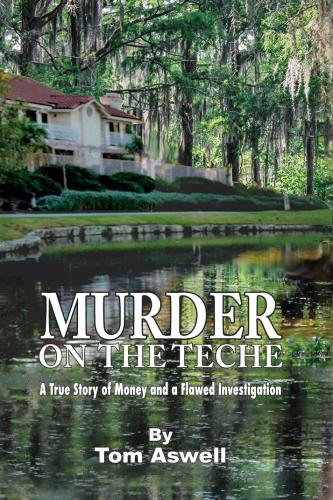 Dr. Robert Chastant was a successful orthodontist in New Iberia, Louisiana. He and wife Laurie raised Peruvian Paso show horses on a farm just south of their 4,700-square-foot colonial style home. By all outward appearances, he was happy and successful. But cracks had begun appearing in his third marriage and his practice was feeling the effects of a dramatic downturn in South Louisiana’s petroleum-reliant economy, leaving him encumbered with crushing debt. Then, on the morning of December 13, 2010, he was brutally murdered by his farm hand, an illegal Mexican immigrant named Ismael Viera Tobar. Viera was apprehended and confessed within a matter of hours. But then there was an unexpected twist. He told authorities that Laurie, twenty-five years younger than Dr. Chastant, had paid Viera a thousand dollars to kill her husband. His story seemed to gain traction with discrepancies in her timeline of events, the existence of a prenuptial agreement, a budding extra-marital affair, the unexplained discovery of a pair of checks for cash totaling exactly one thousand dollars, missing evidence, and life insurance policies totaling more than a million dollars all combined to create a possible motive and to cast suspicion on the young widow.Could the fact that her father was – and remains – a deputy sheriff in a nearby parish have influenced a less-than-thorough investigation of her possible part in the murder? Could the fact that her father was also a retired Louisiana State Trooper who had worked with the Iberia Parish sheriff when they both were state troopers – serving in the same region - have led authorities in a different direction and allowed her to escape closer scrutiny?Murder on the Teche: A True Story of Money and a Flawed Investigation, Tom Aswell’s fifth book, examines the relationship between Dr. Chastant and his wife, between her and her husband’s family, and follows the frustrating investigation – whether by design or through institutional incompetence - of the sheriff’s department. Aswell’s research is supported up by thousands of pages of sheriff’s department investigative records and court documents, some of which are reproduced for this book.Murder on the Teche examines the inability – or unwillingness – of the Iberia Parish Sheriff’s Office to conduct a thorough investigation into the simplest crime, much less a brutal murder. It will cause you to question the competence level and the professionalism of your own local law enforcement agencies as never before and to ask yourself if Iberia Parish represents the norm or is it an unfortunate anomaly?