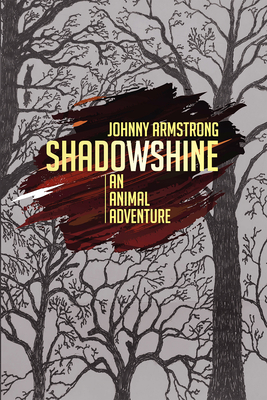 By Johnny Armstrong
$25.00
Email or call for price

On a quest to rescue his community from a fiery demise, possum and poet Zak, seeks assistance from rodents in the North and sets out on a journey into an ancient forest. But separated from his own surroundings and his bob-cat companion, Sena, he quickly loses his sense of direction and becomes hopelessly lost in the wilderness. Here, Zak enters a world of self-discovery as he struggles to survive starvation, predation, drowning, illness and ice. Meanwhile, his forest-folk comrades he left behind suffer the menace of drought, wildfire and the malicious deeds of Mungo, an indomitable villain actively ravaging precious ecosystems. As Zak's feathered and furry friends await such an uncertain future, they formulate the theory that Mungo and the others of his species have lost cognizance of what they are, causing them to become “familiar” and bring havoc upon the forest -- all, because they were never taught to use their noses as a reference. But unbeknownst to everyone, the havoc originates inside a dark world whose terrifying resident has, itself, become familiar; and Zak will play a key role in events that ultimately end in a savage showdown.

Conservationist and retired medical doctor (pathology), Johnny Armstrong and his wife Karen and Opal (k-nine) live within a Nature Conservancy protected old-growth forest and woodland near Ruston, Louisiana. Shadowshine is his first novel.