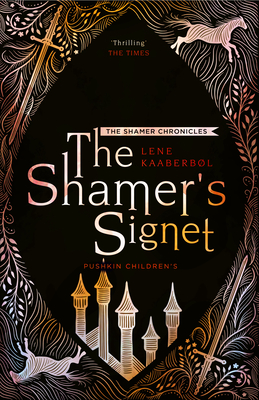 This is book number 2 in the The Shamer Chronicles series.

The second book in the thrilling fantasy adventure series, The Shamer Chronicles

Dina has the Shamer's Gift - one look into her eyes, and none can mask their guilt or hide their shame. Now even her brother, Davin, no longer dares to meet her glance. His conscience is troubled by his mother and sister's power, and he wants to avenge the crimes committed against his family with a battle by the sword.

But these are treacherous times and Dina's life is in terrible danger. Kidnapped by the corrupt Valdracu, she is forced to use her gift as a weapon. And Davin becomes her only hope of escape...