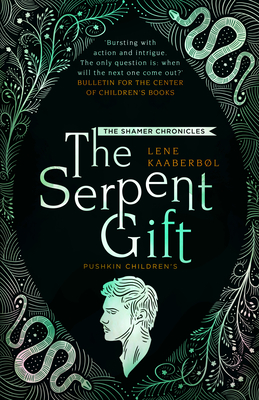 This is book number 3 in the The Shamer Chronicles series.

The third book in the thrilling fantasy adventure series, The Shamer Chronicles

A watching face in a market crowd, a mist-shrouded figure on the moor, a haunting presence seen only when he wants to be seen? Sezuan, possessor of the Serpent Gift for lie and illusion, is a chilling and ambiguous figure at the best of times.
He is also Dina's father. And when he comes to claim the daughter he has never seen, the Shamer and her family are catapulted into reckless flight and danger. With nowhere else to turn, Dina must learn to see through her father's deceit and use her own powers to her advantage.