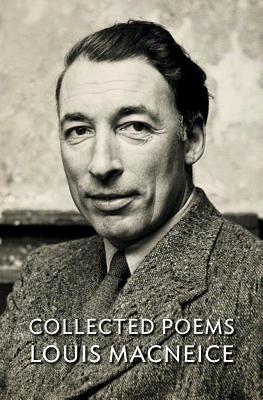 It is no longer necessary—and not before time—to “make a case” for MacNeice as a poet. He had a couple of decades of fame, and more of comparative neglect, but his contemporaries read him poorly on the whole, even when they were most appreciative: as a “30s poet” or “journalist,” as the author of a few near-perfect lyrics, and even as a “professional lachrymose Irishman.” Fortunately, errors of this order no longer need detailed correction. More to the point, it is the generations of poets, in Ireland as well as Britain, who have learned so much from MacNeice—formally, as well as in other ways—who provide the most potent argument for his poetry’s continuing life. Two Irish poets in particular—Derek Mahon and Paul Muldoon—would be unrecognisable without MacNeice’s example and influence; and others, from later Irish generations still, are continuing to discover and make creative use of resources in the poems of this writer who died before they were born.

Frederick Louis MacNeice was born in Belfast in 1907. He attended Oxford, where he majored in classics and philosophy, and was part of the generation of poets that included W. H. Auden, Stephen Spender and C. Day Lewis. He taught at the University of Birmingham and at Bedford College for Women, until he joined the BBC in 1941 as a staff writer and producer. Some of his best-known plays, including Christopher Columbus (1944) and The Dark Tower (1946), were originally written for radio and later published. Although he chose to live the majority of his adult life in London, MacNeice frequently returned to the landscapes of his childhood, and he took pride in his Irish heritage. In August of 1963, MacNeice, on location with a BBC team, insisted on going down into a mineshaft to check on sound effects. He caught a chill that was not diagnosed as pneumonia until he was fatally ill. He died on September 3, 1963, at age 55, just before the publication of his last book of poems, The Burning Perch.