Book Signing and A Conversation with Chris Thomas King 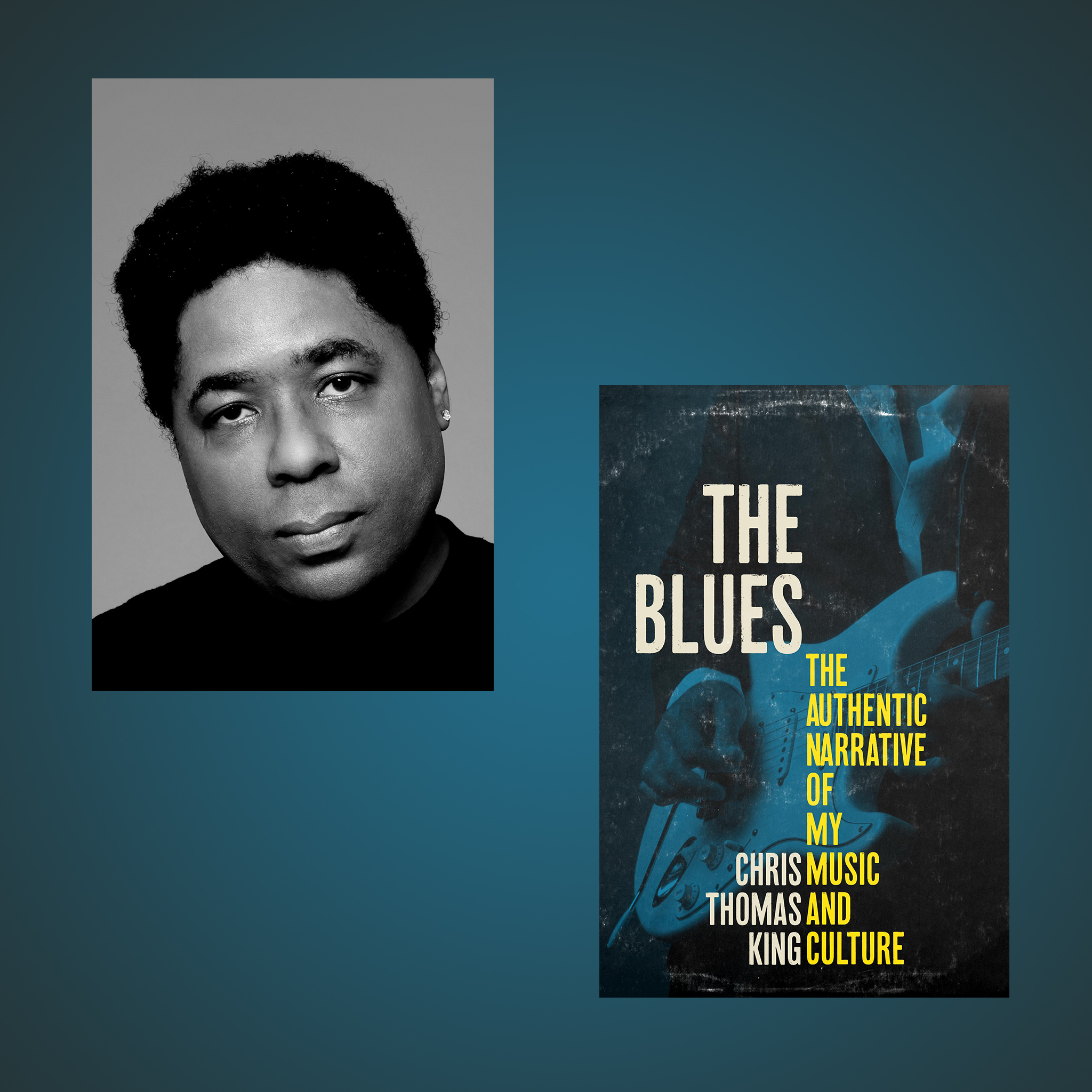 We are so excited to host famed musician and author Chris Thomas King for his new book The Blues: The Authentic Narrative of My Music and Culture.

If you would like to purchase a book to be signed, you can purchase a General Admission + Book ticket via BonTempsTix or visit the book page on our website!

You can also tune-in to our livestream Q&A on our Facebook page at 6:30PM!

A little more on The Blues:

An untold authentic counter-narrative blues history and the first written by an African American blues artist. All prior histories on the blues have alleged it originated on plantations in the Mississippi Delta. Not true, says author Chris Thomas King. In The Blues, King presents facts to disprove such myths. This book is the first to argue the blues began as a cosmopolitan art form, not a rural one. As early as 1900, the sound of the blues was ubiquitous in New Orleans. The Mississippi Delta, meanwhile, was an unpopulated sportsman's paradise—the frontier was still in the process of being cleared and drained for cultivation. Expecting these findings to be controversial in some circles, King has buttressed his conclusions with primary sources and years of extensive research, including a sojourn to West Africa and interviews with surviving folklorists and blues researchers from the 1960s folk-rediscovery epoch. New Orleans, King states, was the only place in the Deep South where the sacred and profane could party together without fear of persecution, creating the blues.

Chris Thomas King, born into the blues in 1962, was discovered in Louisiana in 1979 by a folklorist from the Smithsonian Institute and introduced to the world by folk label Arhoolie Records as an authentic folk-blues successor to Huddie "Leadbelly" Ledbetter, Muddy Waters, Robert Johnson, and Jelly Roll Morton. King played the itinerant bluesman Tommy Johnson in the movie O Brother Where Art Thou, and he has earned numerous awards, including an Album of the Year Grammy and an Album of the Year Country Music (CMA) Award. King has inspired a new generation of musicians such as Hozier, Mumford & Sons, and Gary Clark Jr., and his songs "Hard Time Killing Floor Blues" and "John Law Burned Down the Liquor Sto'," among others, have been covered by many artists including blues legend Buddy Guy.

"A fresh new perspective that will be a true revolution to readers and will open new lines of discussion on . . . the importance of the city of New Orleans for generations to come." —Dr.