A Conversation with David W. Brown and Claire Holroyde 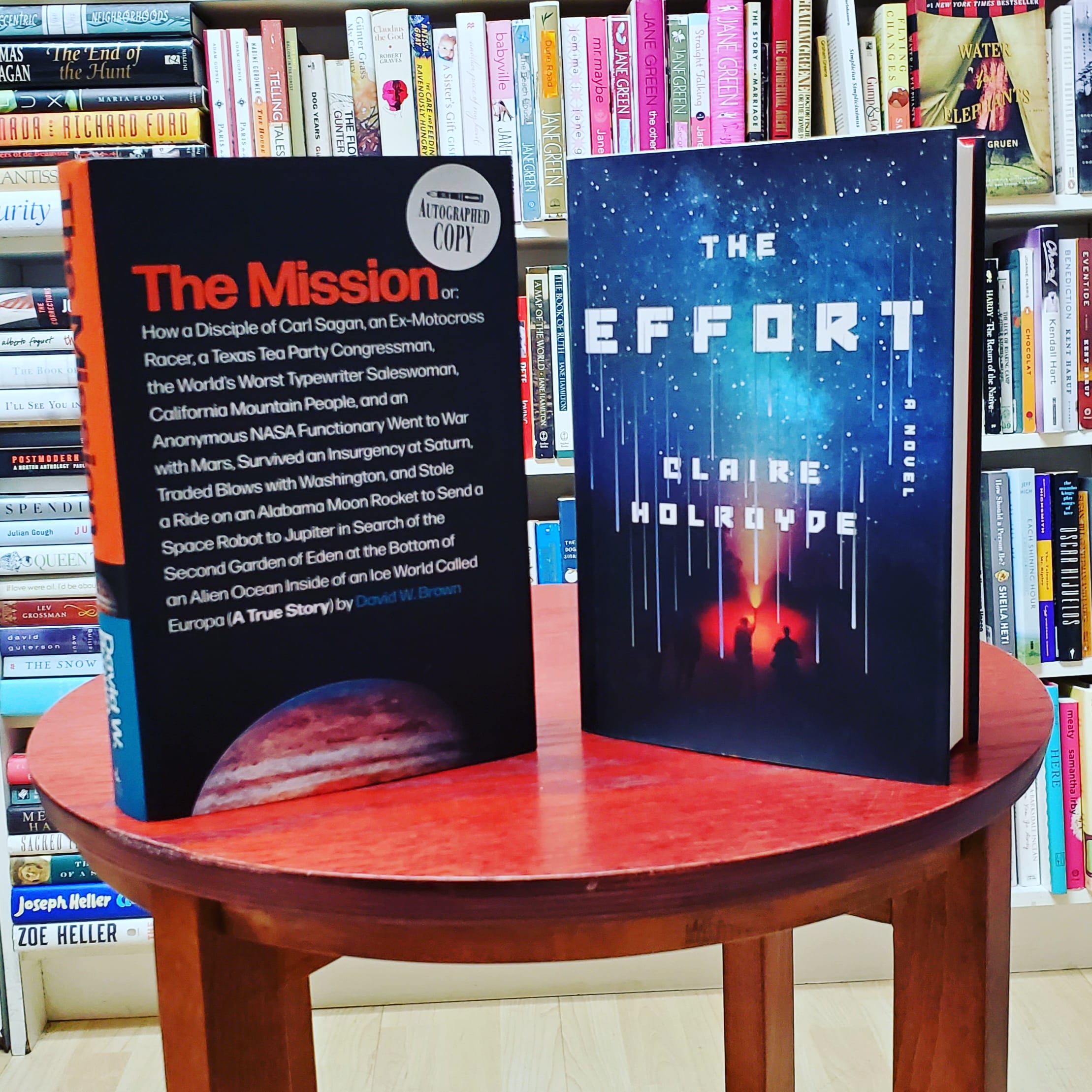 We are so excited to host a conversation between David W. Brown and Claire Holroyde this year on Independent Bookstore Day!

What happens when a science writer and a scifi storyteller get together? You have a true glimpse of the future!

NOLA native David W. Brown has published work in The New York Times, The New Yorker, The Atlantic, Scientific American, Vox, and Smithsonian, among many other places. His book, The Mission, is subtitled How a Disciple of Carl Sagan, an Ex-Motocross Racer, a Texas Tea Party Congressman, the World's Worst Typewriter Saleswoman, California Mountain People, and an Anonymous NASA Functionary Went to War with Mars, Survived an Insurgency at Saturn, Traded Blows with Washington, and Stole a Ride on an Alabama Moon Rocket to Send a Space Robot to Jupiter in Search of the Second Garden of Eden at the Bottom of an Alien Ocean Inside of an Ice World Called Europa (A True Story). That subtitle is everything we never knew we needed and we know you will want to check it out - you can get signed copies below!

Claire Holroyde is a writer and graphic designer living in Philadelphia. Her debut novel, The Effort, has earned comparisons to Station Eleven and Alas, Babylon. As an eight-kilometer wide comet hurtles towards Earth, it looks as though humans may end up with the dinosaurs in the great annals of extinction. The assembled international counteraction team has two choices: neutralize the greatest threat the world has ever seen (preferably before mass hysteria hits or world leaders declare World War III) or come to terms with the annihilation of humanity itself. Just thinking about it is thrilling and terrifying! If you are as excited to read The Effort as I am I hope you can join us to hear Claire and David discuss all things space exploration and opportunity - where we've been and where we are going. You can check out more details and purchase Claire's book below!

The Mission: A True Story (Hardcover)

A "magnificent" (Scientific American), genre-defying narrative of the most ambitious science project ever conceived: NASA’s deep space mission to Europa, the Jovian moon where might swim the first known alien life in our solar system

For readers of Station Eleven and Good Morning, Midnight comes an electric, heart-pounding novel of love and sacrifice that follows people around the world as they unite to prevent a global catastrophe.