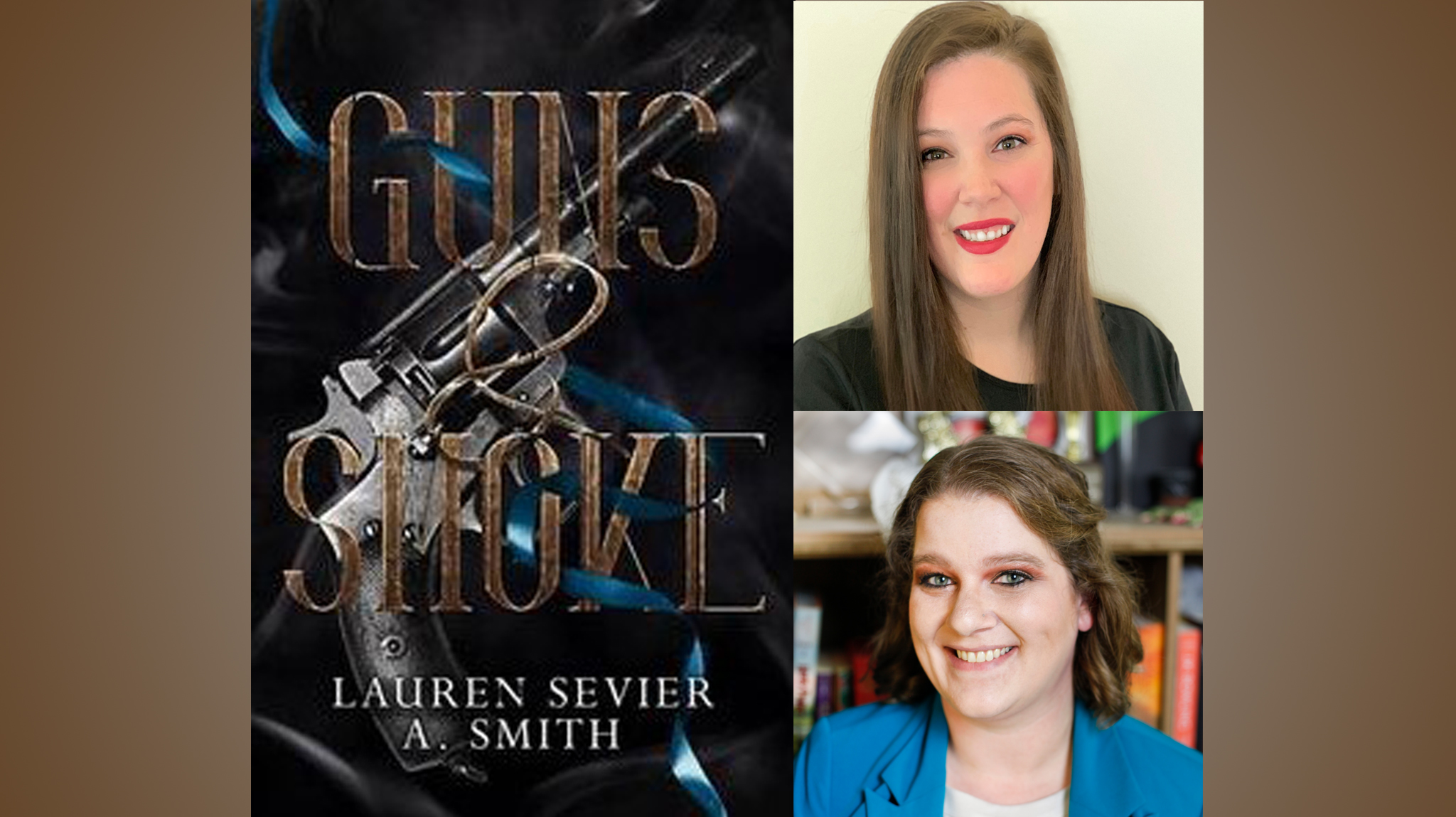 We are so excited to host local authors Lauren Sevier and Abbie Smith for their debut co-authored novel Guns & Smoke!

Lauren Sevier & A. Smith are long time friends and co-authors from southern Louisiana. Guns & Smoke, their first joint publication, began as a “short” story after having too much wine on girl’s night. Nine years later it is now the first novel in a Dystopian/Western Romance series. The duo has plans to publish several series together in the future. A. Smith spends her time with her two rescue dogs and rescue cat surrounding herself with books and Labyrinth paraphernalia. Lauren Sevier collects antique tea cups and tries to stay sane, though as the mother of a toddler she fails brilliantly most days. She also has a growing collection of crowns and tiaras and likes to act silly on TikTok. Look for more thrilling novels from The Fools Adventure series in the future!

If you would like to order a book to be signed, you can purchase a General Admission + Book ticket via BonTempsTix or visit the book page on our website!

The launch and book signing will take place at Le Chien Brewing Company at 6:30PM on July 10th! We hope to see you there!

More about the book: