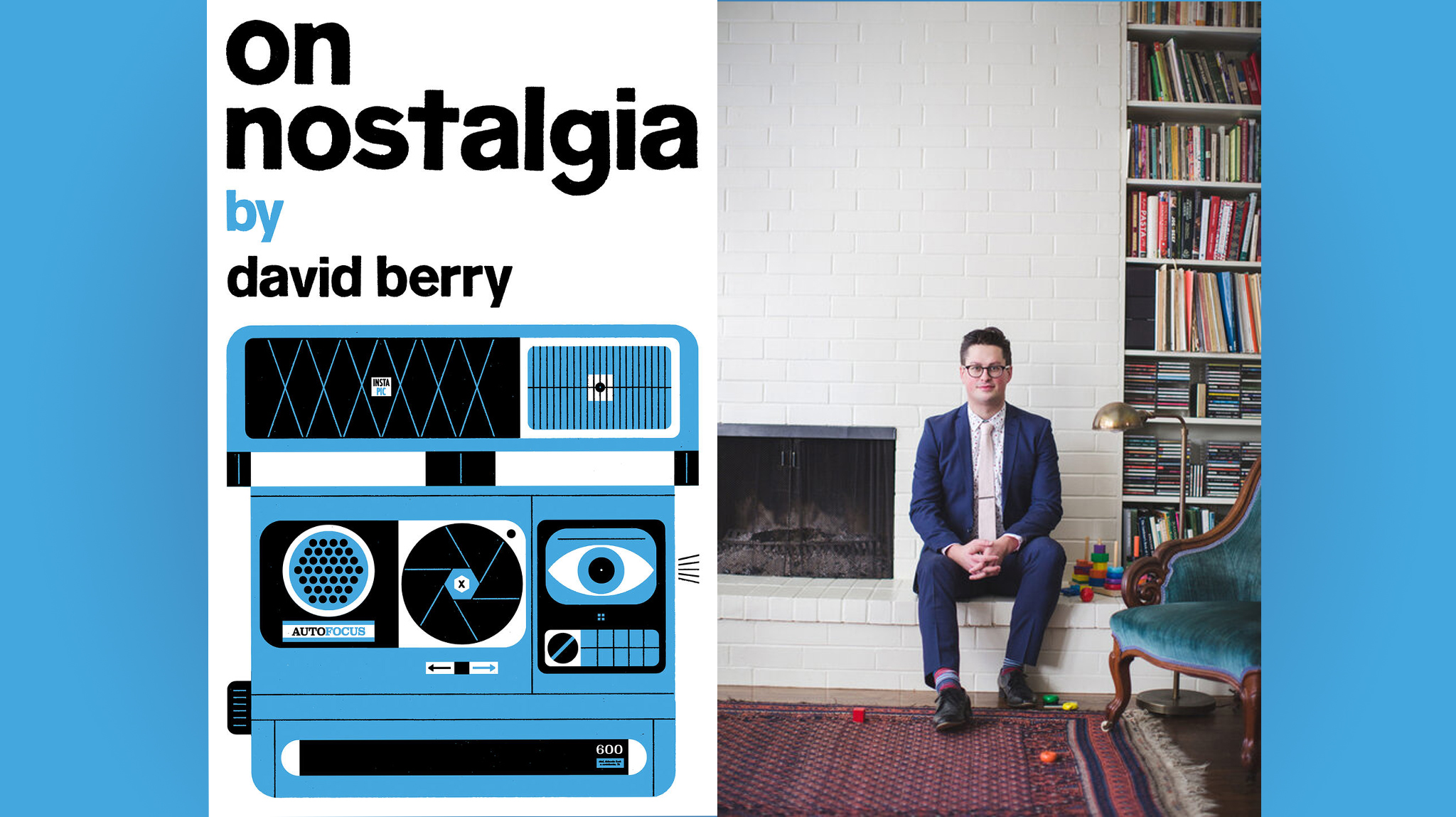 This is an event that I'm particularly interested in hosting as the idea of nostalgia has been a frequent topic of discussion between me and Michelle. Why is it so powerful? How is it so universal? What is it's opposite? I'm sure we'll get into those questions and more on 9/12/20 at 5:00PM.

From movies to politics, social media posts to the targeted ads between them, nostalgia is one of the most potent forces of our era. On Nostalgia is a panoramic cultural history of nostalgia, exploring how a force that started as a psychological diagnosis of soldiers fighting far from home has come become a quintessentially modern condition. Drawing on everything from the modern science of memory to the romantic ideals of advertising, and traversing cultural movements from futurism to fascism to Facebook, cultural critic David Berry examines how the relentless search for self and overwhelming presence of mass media stokes the fires of nostalgia, making it as inescapable as it is hard to pin down. Holding fast against the pull of the past while trying to understand what makes the fundamental impossibility of return so appealing, On Nostalgia explores what it means to remember, how the universal yearning is used by us and against us, and it considers a future where the past is more readily available and easier to lose track of than ever before.

David Berry is a writer and cultural critic. His work has appeared in the Globe & Mail, Hazlitt, Toronto Life, and elsewhere, and he was an arts and culture columnist for the National Post for five years. This is his first book. David currently lives in Toronto.

From Mad Men to MAGA: how nostalgia came to be and why we are so eager to indulge it.