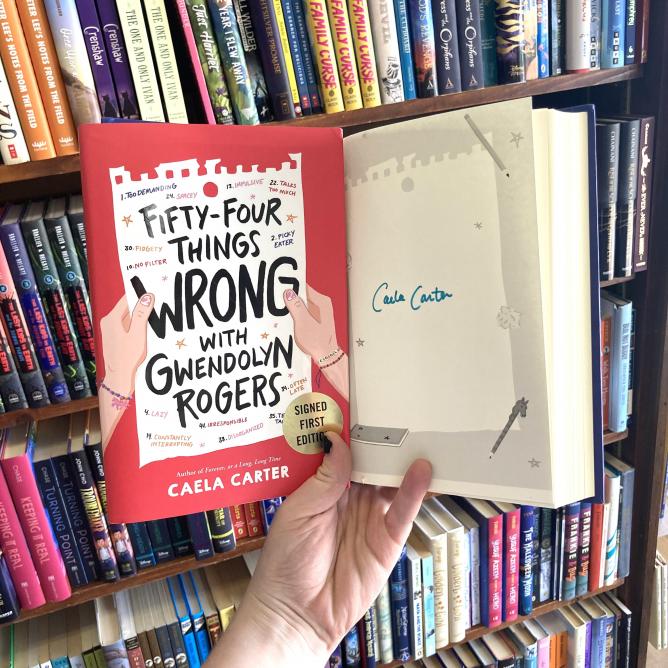 Critically acclaimed author writes a timely and poignant  #OwnVoices story that shines a bright light on one girl’s frustration and ultimate hope in dealing with her neurodiversity.

For fans of Alyson Gerber and Kathryn Erskine comes a beautiful, personal story about the importance of patience, support, and tenacity in finding a diagnosis for developmental issues that oftentimes get ignored.

No one can figure out what Gwendolyn Rogers’s problem is—not her mom, or her teachers, or any of the therapists she’s seen. But Gwendolyn knows she doesn’t just have one thing wrong with her: she has fifty-four. And she knows this because she read a confidential school report . The fifty-four things are why she loses her pencils every day (#45 Forgetful) and fights with her mom about her braids being too loose (#25 Picky about her appearance) and only has one friend, Hettie (#6 Socially inept).

But if Gwendolyn wants to go to horse camp this summer with her half-brother, Tyler, she’ll need a plan to get these fifty-four things under control.

Gwendolyn feels hopeless…until she remembers that twelve things saved her mother when her own life was out of control. Can the same Twelve Steps that once helped her mother somehow help Gwendolyn too?

From the critically acclaimed author of the ALA Notable and Charlotte Huck Honor Book Forever, or a Long, Long Time comes a moving own-voices story that shines a light on how one girl’s learning differences are neither right nor wrong…just perfectly individual. For fans of Alyson Gerber, Cammie McGovern, and Kathryn Erskine.