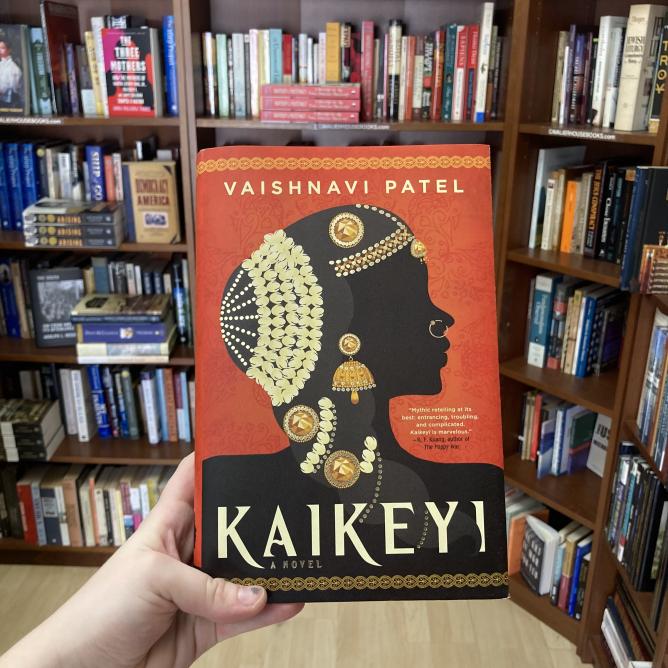 A stunning debut from a powerful new voice, Kaikeyi reimagines the life of the infamous queen from the Indian epic the Ramayana. It is a tale of fate, family, courage, and heartbreak--and an extraordinary woman determined to leave her mark in a world where gods and men dictate the shape of things to come.

I was born on the full moon under an auspicious constellation, the holiest of positions--much good it did me.

So begins Kaikeyi's story. The only daughter of the kingdom of Kekaya, she is raised on tales of the gods: how they churned the vast ocean to obtain the nectar of immortality, how they vanquish evil and ensure the land of Bharat prospers, and how they offer powerful boons to the devout and the wise. Yet she watches as her father unceremoniously banishes her mother, listens as her own worth is reduced to how great a marriage alliance she can secure. And when she calls upon the gods for help, they never seem to hear.

Desperate for some measure of independence, she turns to the texts she once read with her mother and discovers a magic that is hers alone. With this power, Kaikeyi transforms herself from an overlooked princess into a warrior, diplomat, and most favored queen, determined to carve a better world for herself and the women around her.

But as the evil from her childhood stories threatens the cosmic order, the path she has forged clashes with the destiny the gods have chosen for her family. And Kaikeyi must decide if resistance is worth the destruction it will wreak--and what legacy she intends to leave behind.

"MYTHIC RETELLING AT ITS BEST." —R. F. Kuang, author of The Poppy War

A stunning debut from a powerful new voice, Kaikeyi is the story of the infamous queen from the Indian epic the Ramayana.