Not Your Average Hot Guy 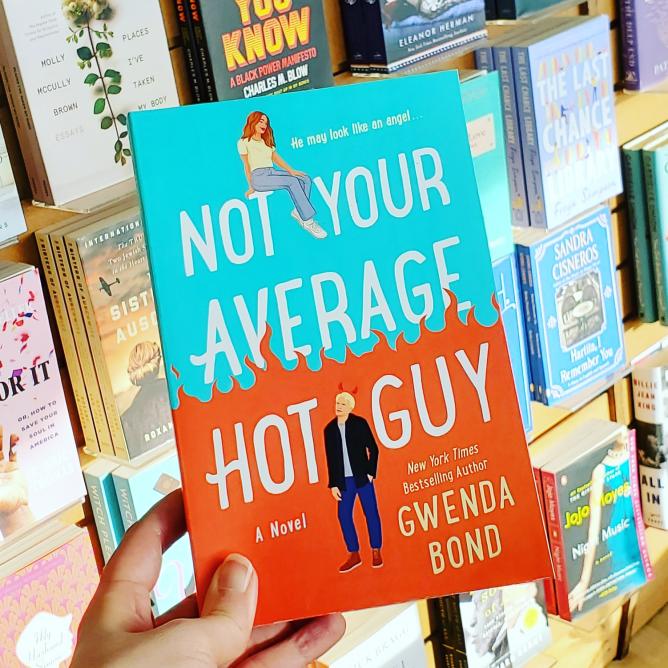 The apocalyptic beach read that everyone needs; a paranormal romantic comedy at the (possible) end of the world.

From bestselling author Gwenda Bond, Not Your Average Hot Guy is a hilarious romantic comedy about two people falling in love, while the fate of the world rests on their shoulders.

All Callie wanted was a quiet weekend with her best friend. She promised her mom she could handle running her family's escape room business while her mom is out of town. Instead a Satanic cult shows up, claiming that the prop spell book in one of the rooms is the real deal, and they need it to summon the right hand of the devil. Naturally they take Callie and her friend, Mag, along with them. But when the summoning reveals a handsome demon in a leather jacket named Luke who offers to help Callie stop the cult from destroying the world, her night goes from weird to completely strange.

As the group tries to stay one step ahead of the cult, Callie finds herself drawn to the annoying (and annoyingly handsome) Luke. But what Callie doesn't know is that Luke is none other than Luke Morningstar, Prince of Hell and son of the Devil himself. Callie never had time for love, and with the apocalypse coming closer, is there room for romance when all hell's about to break loose?

Not Your Average Hot Guy: A Novel (Paperback)

A paranormal romantic comedy at the (possible) end of the world.