The Seamstress of New Orleans 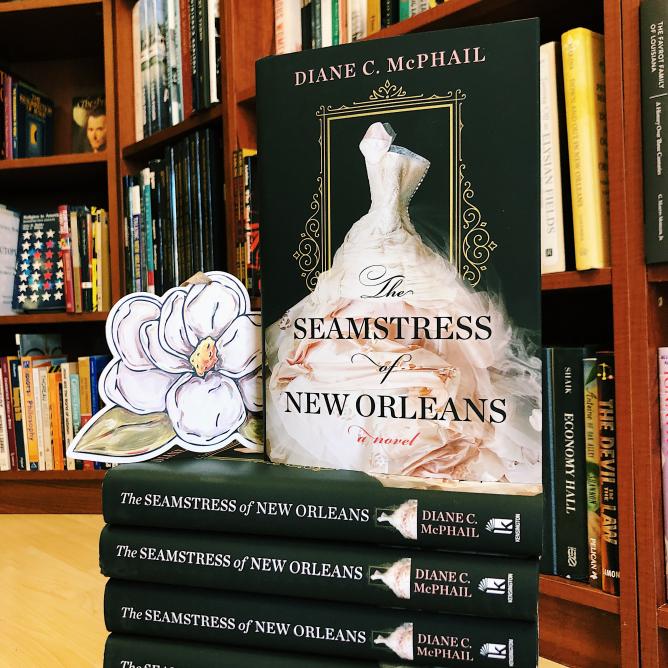 Against the backdrop of the first all-female Mardi Gras krewe in turn-of-the-century New Orleans, Diane McPhail’s mesmerizing historical novel tells of two strangers separated by background but bound by an unexpected secret—and of the strength and courage women draw from and inspire in each other.

The year 1900 ushers in a new century and the promise of social change, and women rise together toward equality. Yet rules and restrictions remain, especially for women like Alice Butterworth, whose husband has abruptly disappeared. Desperate to make a living for herself and the child she carries, Alice leaves the bitter cold of Chicago far behind, offering sewing lessons at a New Orleans orphanage.

Constance Halstead, a young widow reeling with shock under the threat of her late husband’s gambling debts, has thrown herself into charitable work. Meeting Alice at the orphanage, she offers lodging in exchange for Alice’s help creating a gown for the Leap Year ball of Les Mysterieuses, the first all‑female krewe of Mardi Gras. During Leap Years, women have the rare opportunity to take control in their interactions with men, and upend social convention. Piece by piece, the breathtaking gown takes shape, becoming a symbol of strength for both women, reflecting their progress toward greater independence.

But Constance carries a burden that makes it impossible to feel truly free. Her husband, Benton, whose death remains a dangerous mystery, was deep in debt to the Black Hand, the vicious gangsters who controled New Orleans’ notorious Storyville district. Benton’s death has not satisfied them. And as the Mardi Gras festivities reach their fruition, a secret emerges that will cement the bond between Alice and Constance even as it threatens the lives they’re building . . .

The Seamstress of New Orleans: A Fascinating Novel of Southern Historical Fiction (Hardcover)

Set against the backdrop of the first all-female Mardi Gras krewe at the turn-of-the-century, the acclaimed author’s mesmerizing historical novel tells of two strangers separated by background but bound by an unexpected secret—and of the strength and courage women draw from and inspire in each other.