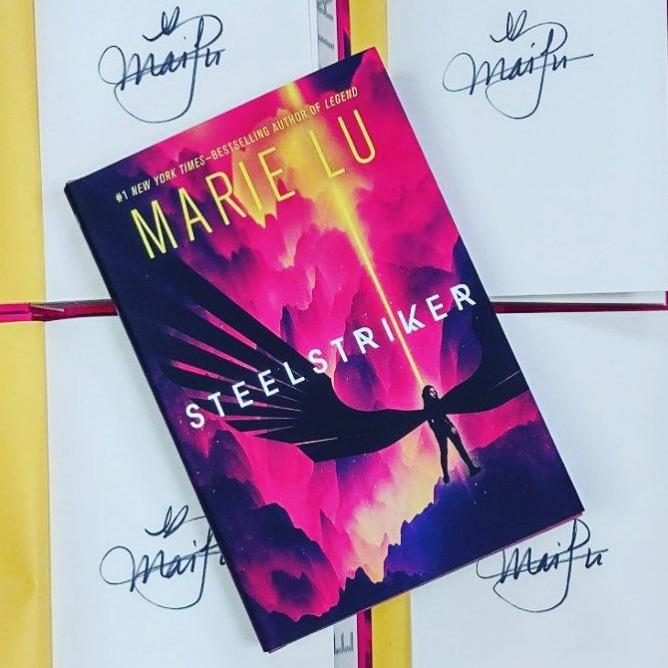 Explosive action and swoon-worthy suspense collide in Steelstriker, the riveting conclusion to the Skyhunter duet from bestselling author Marie Lu.

As a Striker, Talin was taught loyalty is life. Loyalty to the Shield who watches your back, to the Strikers who risk their lives on the battlefield, and most of all, to Mara, which was once the last nation free from the Karensa Federation's tyranny.

But Mara has fallen. And its destruction has unleashed Talin's worst nightmare.

With her friends scattered by combat and her mother held captive by the Premier, Talin is forced to betray her fellow Strikers and her adopted homeland. She has no choice but to become the Federation's most deadly war machine as their newest Skyhunter.

Red is no stranger to the cruelty of the Federation or the torture within its Skyhunter labs, but he knows this isn't the end for Mara - or Talin. The link between them may be weak, but it could be Talin and Red's only hope to salvage their past and safeguard their future.

While the fate of a broken world hangs in the balance, Talin and Red must reunite the Strikers and find their way back to each other in this smoldering sequel to Marie Lu's Skyhunter.

A Quiet Place meets Attack on Titan in this unputdownable, adrenaline-laced novel.