War: How Conflict Shaped Us 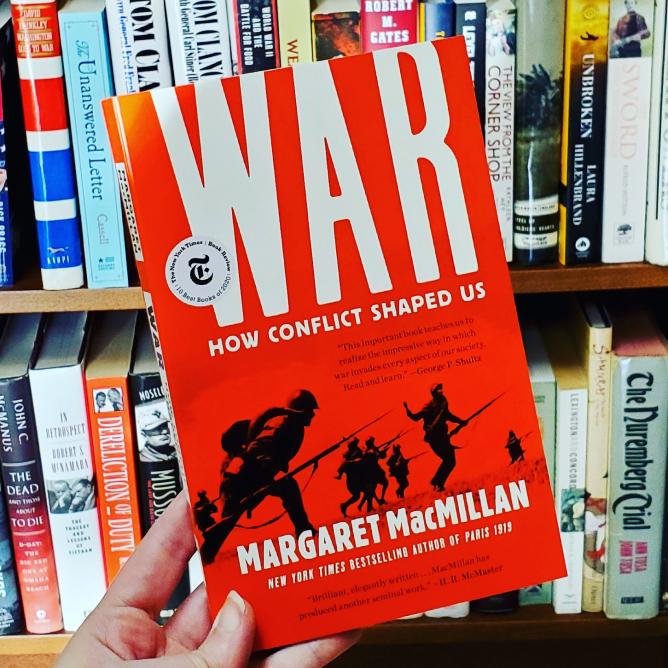 Is peace an aberration? The bestselling author of Paris 1919 offers a provocative view of war as an essential component of humanity.

The instinct to fight may be innate in human nature, but war--organized violence--comes with organized society. War has shaped humanity's history, its social and political institutions, its values and ideas. Our very language, our public spaces, our private memories, and some of our greatest cultural treasures reflect the glory and the misery of war. War is an uncomfortable and challenging subject not least because it brings out both the vilest and the noblest aspects of humanity.

Margaret MacMillan looks at the ways in which war has influenced human society and how, in turn, changes in political organization, technology, or ideologies have affected how and why we fight. War: How Conflict Shaped Us explores such much-debated and controversial questions as: When did war first start? Does human nature doom us to fight one another? Why has war been described as the most organized of all human activities? Why are warriors almost always men? Is war ever within our control?

Drawing on lessons from wars throughout the past, from classical history to the present day, MacMillan reveals the many faces of war--the way it has determined our past, our future, our views of the world, and our very conception of ourselves.

War: How Conflict Shaped Us (Paperback)

Is peace an aberration? The New York Times bestselling author of Paris 1919 offers a provocative view of war as an essential component of humanity.